These are all gathered from one search on one evening on Flickr using the words 'stained glass portrait'. I was a little suprised that there were only 238 results but I guess the search was too specific. I presume more results would come from 'stained glass head' or 'stained glass face'. Most of the images were not so much of stained glass, but portraits of real people in proximity to stained glass. Still, the search, as always on Flickr, yielded some interesting and surprising results regarding actual stained glass. 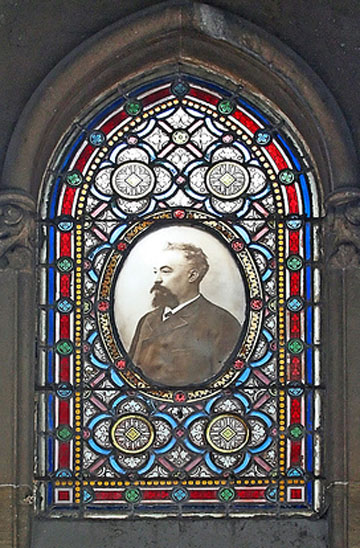 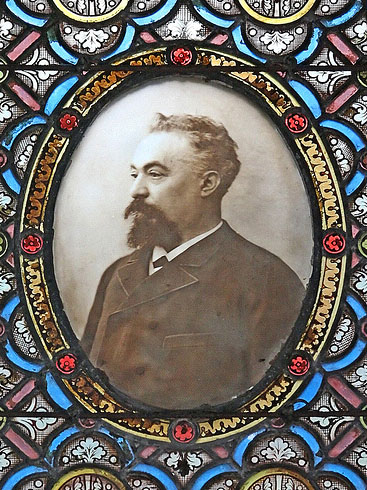 Another cemetery picture - also in Paris (city of beautiful cemeteries), at Pere LaChaise. I've been there. It is an amazing place, and not just because of Jim Morrison. 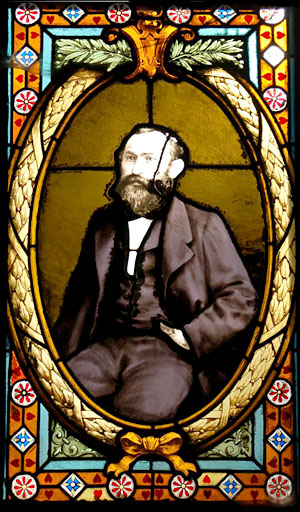 These are a few portrait details from Queen's College at Oxford.
Charles 2 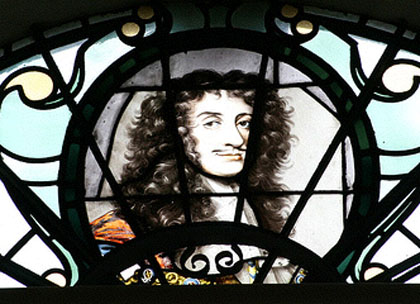 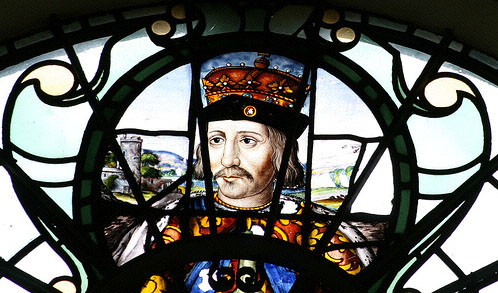 Gresham Palace, Budapest, Hungary
and who was Kossuth Lajos? 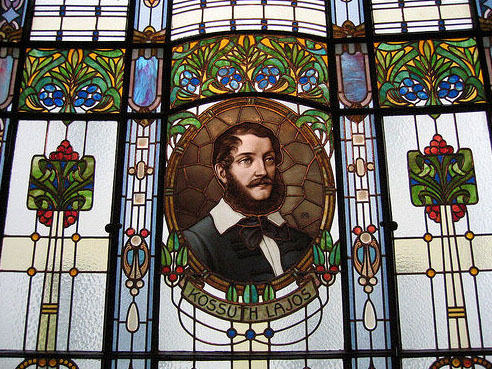 All Saints, Upper Sheringham, Norfolk
Unusually for Flickr, this page has a great deal of information about the church, location and window. The portrait is of "the daughter of Henry and Caroline Upcher and the grand-daughter of Abbot Upcher. The family were great benefactors to the church." 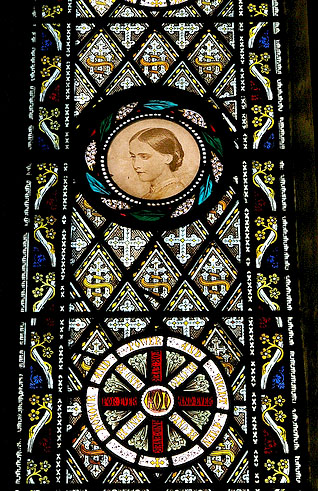 The Flickr page showing these unusual windows, depicting 23 Victorian gentlemen displaying a dazzling diversity of facial hair styles, suggests that it's located in the National Portrait Gallery in Edinburgh, Scotland; but there is no sign of it on the Portrait Gallery website. 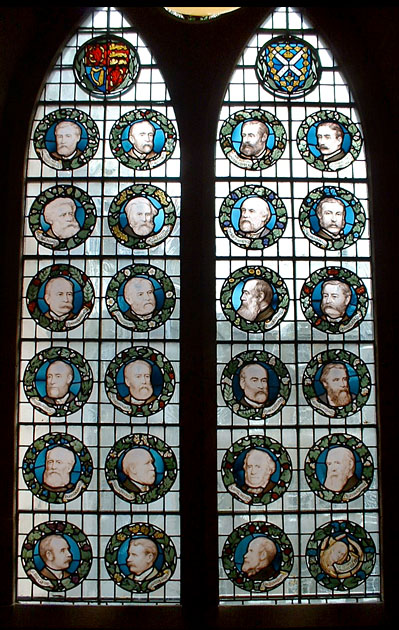 This is at the Ishiya Chocolate Factory in Sapporo, Japan.
The panel "depicts some of the famous people connected with chocolate, such as Napoleon, Columbus and Goethe." Who knew? 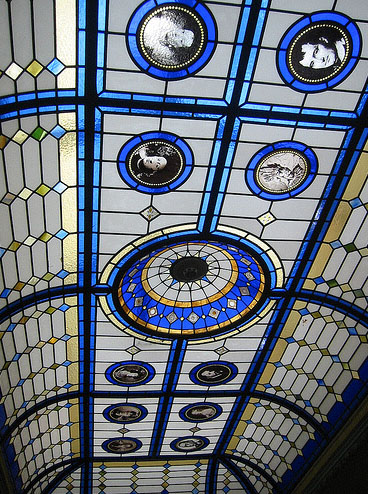 Not something I ever expected to see in stained glass portraiture -
Fidel Castro - located at the John Hardman Studio, but could find no info... 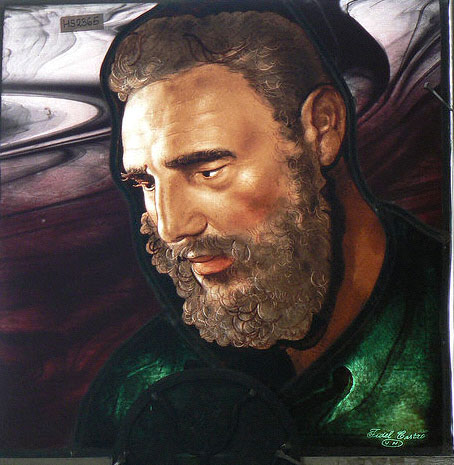 This also was unexpected -
Portrait Bra by Mimi Lipson 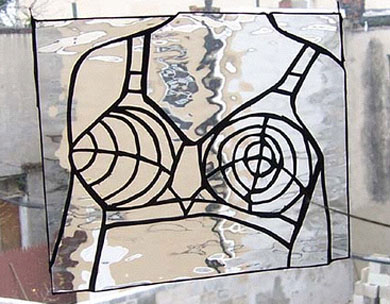 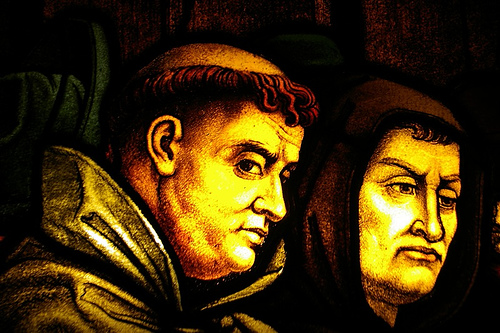 Samuel Johnson - the caption being "In a piece of stained glass at the good doctor's house in Gough Square, just off Fleet Street, London" 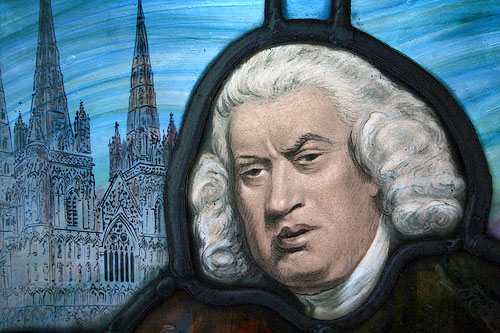 A rather mystical portrait of Aaron, the brother of Moses. Not strictly a 'portrait', of course, but a striking image nonetheless - 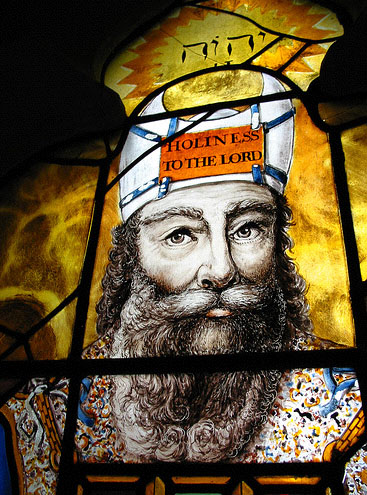 The Moor's Head Inn, or something like that... from a pub, anyway.
I like the simplicity of this one. I do wonder if it's based on a real person. 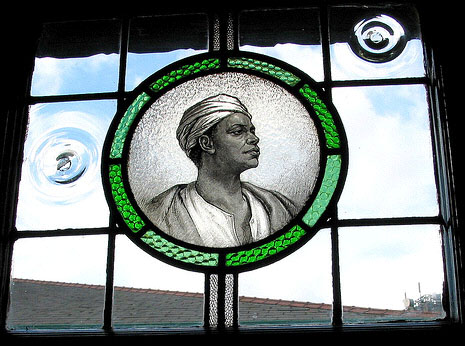 Posted by Tom Krepcio at 9:09 PM No comments: