This is a link to the print version of hte newsletter that I edit for the American Glass Guild. 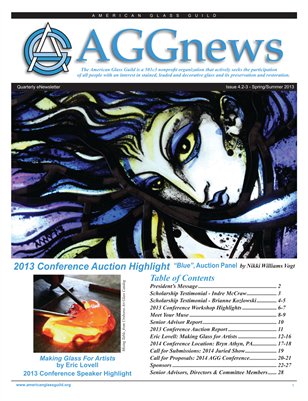 Posted by Tom Krepcio at 4:59 PM No comments:

On the Forbes website (with tons of ads, alas), from a few weeks ago -
Old And New Tech Combine In An Artistic Masterpiece

Interesting article about a new glass art commission in a courthouse in Austin, Texas - though it is a bit of a stretch to say that the stained glass technology they are using here is "old".
The appropriate quote -


Of course, in addition to the new technology of 3D imaging, Ross also relied heavily on an older one – stained glass. Although it was conceived on a computer screen, Ross and his studio worked in conjunction with Franz Mayer of Munich Co. to hand make each piece of stained glass used in the work. The glass was composed in two layers – the front layer was engraved, hand painted and fired. The back layer was digitally printed, fired, hand painted, then fired again. The two layers of glass were then laminated together.

This kind of laminated artwork has only been around for a few decades, so 'older technology' doesn't seem quite right. Still, the article and gallery are lengthy and worth a look/read.
Posted by Tom Krepcio at 12:34 AM No comments: 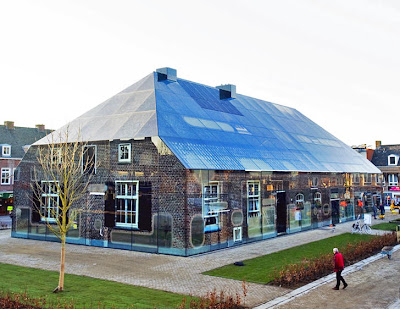 There is also, curiously, a Glass Farm Webcam

Posted by Tom Krepcio at 6:59 AM No comments:

In looking at different options for expanding Vitreosity, I've created a Vitreosity on Tumblr page. I'm not at all sure how it will develop, but here goes...

Posted by Tom Krepcio at 5:10 AM No comments:

Seeing that 'search' is currently disabled in the original 'Vitreosity 1', I thought this might be a good time for me to reflect on what I've done over the past 9 years, and put together a kind of 'best of Vitreosity'. A bit daunting, in that I need to look over all 450+ posts over 9+ years, and indeed so far I've only gotten through the first half. But here goes.

First - I went through the first 225 post and I chose what I see as the best 32 posts.
Whether you use it in your browser or through your pdf viewer, the links are all live.
(click on the picture or the caption - it's a pdf but, only about 140k, so easy to download)


If you wish to search through all 225 posts from this time period here is the pdf link for that.
http://www.krepcio.com/vitreosity/archives/Vitreosity_2003-2008-FULLlist.pdf

I'm having some technical problems with my blog Vitreosity. You can still see (most) old posts, but I cannot create new content there for now, and the search function is down. I hope to have the situation fully resolved in a few months, if not sooner. I may or may not be changing the blogging software I use. I figure as long as I have this blog as a bridge I can take my time and get the main blog done right. Sorry for the inconvenience.

In the meantime, at this blog, you can leave comments! 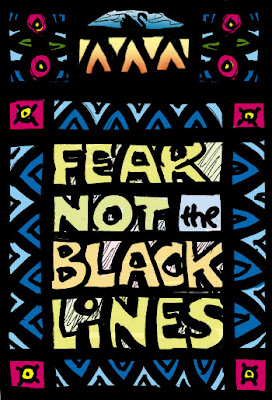 Posted by Tom Krepcio at 8:12 PM No comments: